#Satspanks & #SpankAtoZ Challenge – G is for…

G is for Globes

It’s Saturday Spanking and another letter day for the Spanking A-Z Challenge. So I’ve combined the posts and you have this…  spot it?

Leah turned her back to him and put both hands on the worktop surface. She bent over slightly, pushing her bottom up higher, but keeping it covered by the shimmering nightie. It made no difference to Rick; the globes of her bottom showed clearly, each one a perfectly modelled lobe. She carried no excess, neither was it a skinny behind. The temptation was strong—to stand behind her, press his aching cock between those cheeks and rock hard, in and out until she came. He had to shake himself out of his daydreaming. She was not his to take.

Rick took up position to one side of Leah. Out of her mouth came tiny pants of trepidation and he waited for her to catch her breath.

“Just a few with my hand first,” he told her, putting the spoon down. “Ready?” 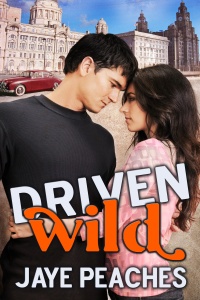 When Leah Andrews’ father hires him to be her chauffeur, Rick Wilde finds himself drawn to the feisty eighteen-year-old even as his patience is tried by her immature behaviour. At last Leah’s rudeness and bad decisions force him to intervene, and he takes her over his knee for a good, hard spanking—the first of her pampered life—but neither of them are prepared for the powerful attraction which follows. Rick knows she needs time and space to step out on her own two feet without him there to interfere, though, and he breaks things off before they go too far.

After Leah’s father dies three years later she returns to her wild ways, and before long her license has been suspended for reckless driving. To her shock, the chauffeur the agency sends is none other than Rick Wilde, and she soon learns that he remains more than ready to bare her bottom and spank her soundly when she needs it.

His firm handed correction brings her lust for him back with a vengeance, and she quickly discovers that he can bring her more pleasure in the bedroom than she ever dreamed possible. But when danger from one of Rick’s past jobs becomes an imminent threat and Rick needs Leah to leave Liverpool until things are safe again, can she bring herself to obey him even though the thought of losing him a second time is more than she can bear?

Choose your link for may great posts!

5 thoughts on “#Satspanks & #SpankAtoZ Challenge – G is for…”

Please feel free to leave a comment. Everyone is welcome. Cancel reply

Where do you want to go?

Want to leave a review?

What images inspire me?

I will spank you until I am satisfied and I believe you have atoned.

I really want to get to know you, Saffron. All of you. I want to taste you.

What I care about is trust. I need, we both need, to trust each other absolutely.

For the duration of this, you will address me as my lord.

A disciplined mind will learn to curb her tongue.

Passions collide, will they survive?

Just as you favour the uniform outwardly, I favour the well-behaved wife, visible to all, especially me

Viola was achieving the impossible: she had reawakened a deeply buried need in him.

You will find your submission and cling to it. Sink into it. You will let go and remind yourself who controls you. My dominance will hold sway, undiluted and unabated, until I am satiated.

I will give you protocols, specific rules to follow to help you cope.

Wait for me in my stateroom in a suitable pose, something that will please me. I have expectations

Enemies by day, lovers by night

I promise to be all that you desire in a wife.

Touched in ways she never thought possible, Tania meets a man who will take her completely

I’m going to take care of you, just like last time. I will get you up every morning, tuck you up at night, make sure you are safe

One day, all I will have to do is kiss you, and you will come for me